National efforts to promote girls' education have paid off

Editor's Note: The Chinese people have always attached special importance to education. In the 20th century, China has gone through a long, arduous journey from one-teacher schools to world-class universities and achieved excellence in different fields including science and technology. What will China's education journey be like during the rest of the 21st century? In the fourth of a series of commentaries, a senior journalist with China Daily searches for the answers:

Recent surveys show that 99.9 percent of school-age girls are receiving formal education in China, thanks to decades of efforts by the government to ensure gender equality in education.

School education in China started about 2,500 years ago with Confucius enrolling as many as 3,000 students because he believed that "education should be provided for all without discrimination". However, his "all" did not include girls; in fact, girls were deprived of the right to education till the end of the imperial rule in 1911.

The Western-style modern school system was introduced in China at the beginning of the 20th century, and girls were eventually allowed to attend classes in institutions specially designed for them. But high tuition fees and traditional gender discrimination prevented most of the girls from acquiring formal school education. When the People's Republic of China was founded 71 years ago, 90 percent of the girls and women aged above 15 were illiterate.

The nationwide campaign to end illiteracy launched in the 1950s, the promotion of compulsory education in the following years, and the many government and nongovernment projects to help girls acquire education have changed the situation. Recent statistics show that 44.34 percent of senior-high school students are girls. Girls also make up more than 50 percent of the students in universities and higher vocational institutions offering bachelor's degrees. As for postgraduate students, girls account for about half of the total.

The government accords priority to girls' education not only because it is determined to end gender discrimination in education but also because it has made education the foundation of a harmonious and prosperous China.

Girls grow up to become mothers, and mothers, in most cases, play the most important role in the education of their offspring. A survey conducted in Shanghai in 2015 showed that mothers played the most important role in the education of their children in 90 percent of families, 10 percent more than in 2005. This is not to say that fathers don't play any role in their children's education or that the survey points to a new form of discrimination against women. This is just to say that mothers play the most significant role when it comes to their children's education, because they attach special importance to education.

To ensure girls have equal access to education, the central government has implemented many laws and regulations including nine-year compulsory education for girls. There are regulations to ensure girls do not drop out of schools, and special supportive policies have been implemented to help girls, especially girls from poor families, to attend schools. And while continuously increasing investment in education, the government has also taken measures to encourages social institutions to promote female education.

Among the nongovernment programs, Project Hope and Spring Buds Project, which are large in scale, have been the most successful. Both were launched in 1989, with the former helping millions of poor children, most of them girls, to return to the classroom and the latter exclusively helping girls to complete secondary education. No wonder many poor girls see the Spring Buds Project as a boon.

Over the past three decades, the Spring Buds Project, with investment from different levels of governments, institutions and individuals, has helped to build 1,811 Spring Buds schools and sponsored 3.69 million poor girls to complete the nine-year compulsory education. And to make this mission a success, thousands of teachers and good Samaritans have devoted their money and time to the project.

Zhang Guimei, a school teacher in Lijiang, Yunnan province, is one such individual. A teacher all her life, she was heartbroken to see her students return 菜鸟自提柜香港 after completing the nine-year compulsory education. Many of those students had the potential to excel in life if given the opportunity to enroll in a college, but they couldn't do so because their poor parents could not afford to pay their tuition. So in 2008, with the encouragement of the local government, she established a free boarding senior high school for poor girls.

Since then, she has been busy soliciting donations from individuals, enterprises and governments, persuading parents to send their daughters back to school, and using all means possible to provide the best possible education for the students. Her untiring efforts have paid off, for over the past 12 years, as many as 1,600 poor girls, who would have otherwise returned 菜鸟自提柜香港 and been married off, have completed higher secondary education in her school and enrolled in universities. It is not an exaggeration to say that Zhang has changed the fate of many poor girls.

Because of her contributions to education, Zhang has received many national and provincial honors, but the one she treasures most was given by one of her students－Mummy. Now all her students regard her as their mother.

With the government taking measures to promote female education and with the valuable contributions from people like Zhang, the future of girls is as bright as that of boys.

The author is former deputy editor-in-chief of China Daily. 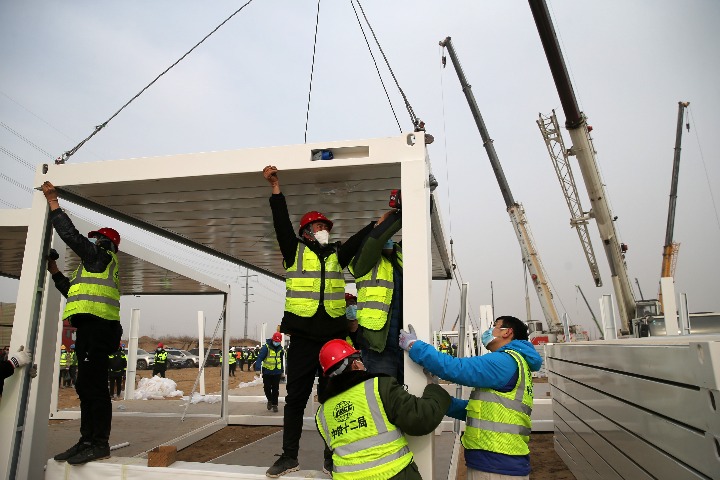 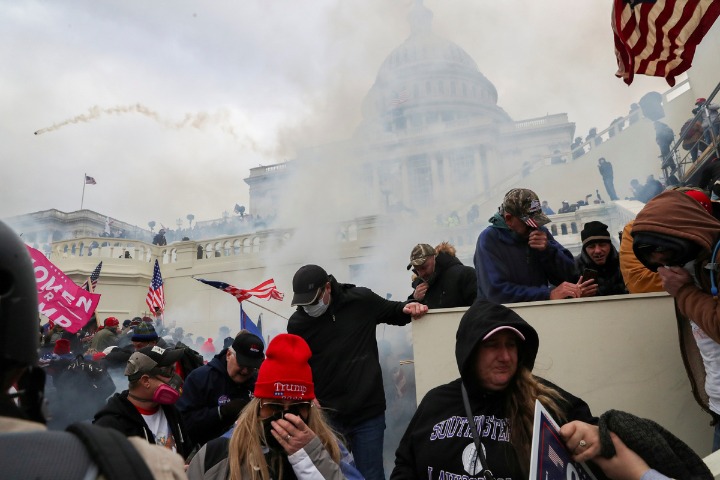 Mahbubani: Plutocracy, not Trump, cause of US troubles

Is it time to abandon the overwork culture?

Overseas study should be encouraged despite headwinds

Capitol riots a chapter in US' legacy of violence
China Views

Bruce Connolly
Top
BACK TO THE TOP
English
中文